Communication. Lots of people like to think they’re good at it, but few people actually are. Being able to truly listen and understand can be a tough skill to acquire, but it’s certainly not an impossible one. And when it involves your team, it’s a crucial one to have in your back pocket. So sit back, grab some popcorn, and have Tameday show you four strategies you can implement right away for more effective team communication.

Strategy 1: Really Listen and Understand the Other Person

I tweaked one of my personal favourites for communication strategies from psychologist John Gottman’s State of the Union advice. Even though I’m not married to my coworkers, I’ve found it incredibly effective to really hear and understand what they’re saying.

Before I have to talk to one of my team members, I make a list of 5 things I appreciate they’ve done over the past week, whether it’s coming in on time every morning, offering to get me a coffee when they’re on a break, or hitting a deadline ahead of schedule. And then I pick one thing on the list and tell them that so the conversation can start in an open and positive way.

When we start talking, I let them speak without interrupting. The only thing I say at this point is a question to make sure I understand what they’re saying, and I keep going until they say, ‘Yes, that’s it, that’s exactly it.’ If we can get to a point where we both understand the other and see that we’re both on the same team working towards the same goal, it becomes much easier to accomplish that.

Good communication can only happen when both people are on board. If your team is the only ones listening and taking feedback, they’ll start to feel like the atmosphere is a dictatorial one. But if you make it such that you’re also open to feedback, then real communication and a better work environment can take shape.

As a manager, it can feel tough or weird to listen to perceived criticisms from your team. After all, you’re the one in charge, so you should know better, right?

Take the mindset that you also and always have something to learn, especially from your team since they’re the ones on the ground carrying out the smallest tasks. They’re the ones best equipped to let you know when something’s going right or wrong.

Make sure they know your goal is meeting and surpassing team and company goals and that you’re receptive to their feedback to help make that happen. 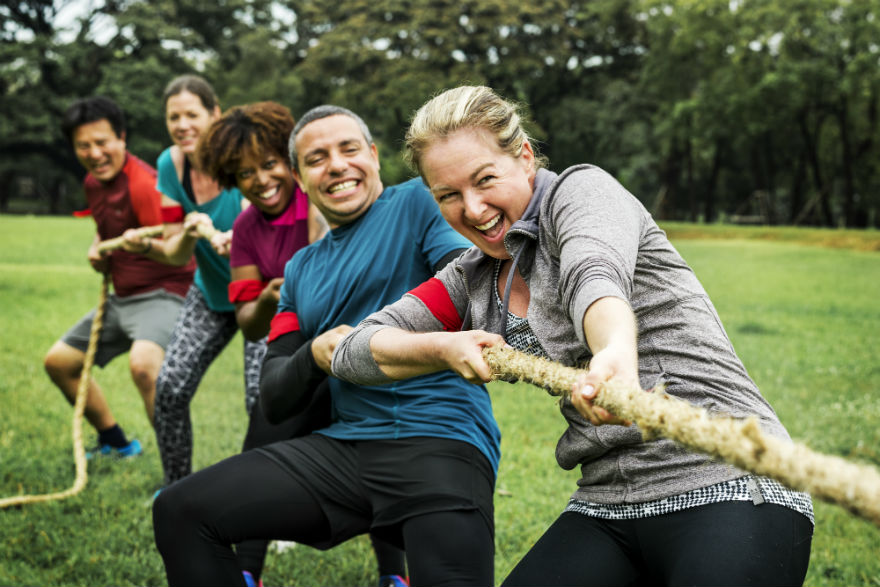 At one job I had, my immediate team and I went out for lunch once a month, just the four of us. It was a chance to get away from the office and forget about work for a little bit, as well as get to know each other on a personal level.

And you know what? Years later, they’re still the ones I felt closest to. We all WhatsApp each other regularly to check in on each other’s lives, and I’m even flying out to visit one of them later this year.

The more invested in your team and their lives you are, the more you care about their personal efforts and success. And when that happens, it creates an atmosphere in which everyone wants the other to do well. So, go out for lunch, sign up for axe-throwing or paintball, or anything else on a regular basis to build closer personal ties.

Strategy 4: Communicate to Others in a Way That Works for Them

At my last job, it seemed like every member of the team had their own preferred method of communication. One valued emails, another wanted project management software pings, and another yet thought walking over for a quick face-to-face was the best.

Whatever it is your team prefers, put those options in place. It’ll give them a comfort zone in which they can communicate better and more efficiently. But also make sure that central or important ideas are in one location, like on Tameday, so the whole team can have access to them.

Good, strong and effective team communication isn’t something that happens magically overnight. It takes time and effort, and maybe a bit of stumbling along the way. But it’s absolutely crucial if you want yourself and your team to succeed — you’re only as good as the people in your corner, so focus on getting everyone on the same level.

Learning good communication doesn’t have to be a cheesy, kumbayah type of thing. It’s all about what works for you (and your team) and how much everyone is willing to put into it. I know I’m still not where I want to be and am constantly learning and improving, and luckily, I’ve got a team on my side where we’ll all getting there together.