Netflix’s latest hit documentary “Fyre: The Greatest Party That Never Happened” focuses on the failed Fyre Festival — a music festival for millennials which was supposed to be the next Coachella.

The festival which was the brainchild of tech entrepreneur, Billy McFarland and rapper Ja Rule, took place on an island in the Bahamas in 2017.

From a project management perspective, it was a total disaster. They lacked the funds, know-how and permits to hold the event.

So, what valuable lessons can be learned from it?

1. The Power of Influencer Marketing

One success of Fyre Festival was the marketing. They focussed heavily on influencer marketing and paid models including Kendall Jenner, Emily Ratajkowski, and Nick Bateman to use their Instagram accounts to spread the word about the festival. 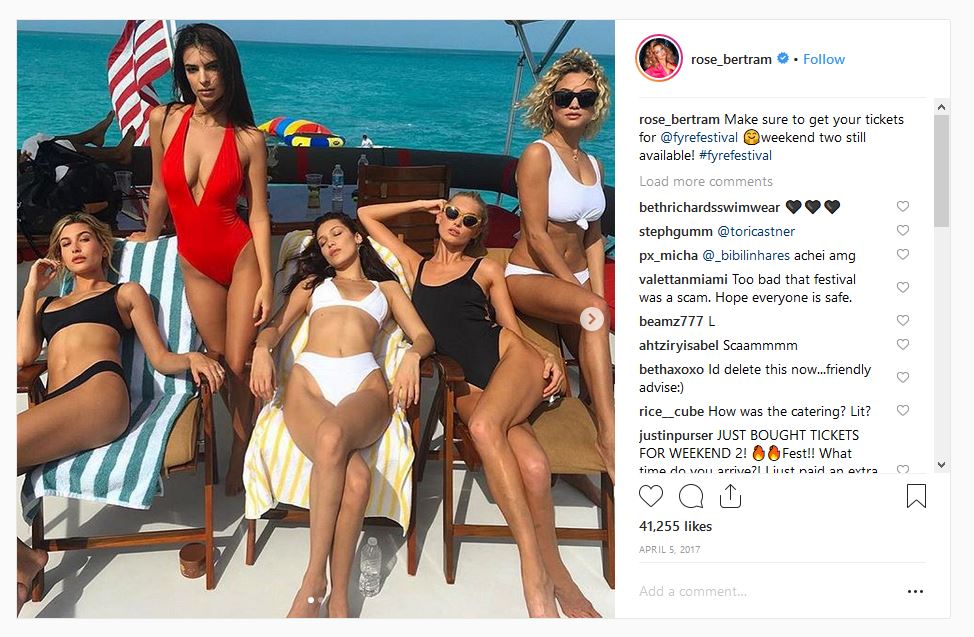 One of the campaigns required each model dubbed “Fyre Starters” to post a single orange image using the hashtag #FyreFestival.

The Fyre Festival was promoted with the aspiration video below, featuring models Emily Ratajkowski and Bella Hadid.

2. Deliver What You Promise or Social Media Will Expose You

In the documentary, you can see the power of social media. Whilst it helped to promote and sell out the “music festival”, it was also responsible for bringing it down.

One attendee went viral when he tweeted a photo of a basic cheese sandwich provided by the festival caterers. They had been promised that celebrity chefs would be on hand to provide high-end gourmet meals. 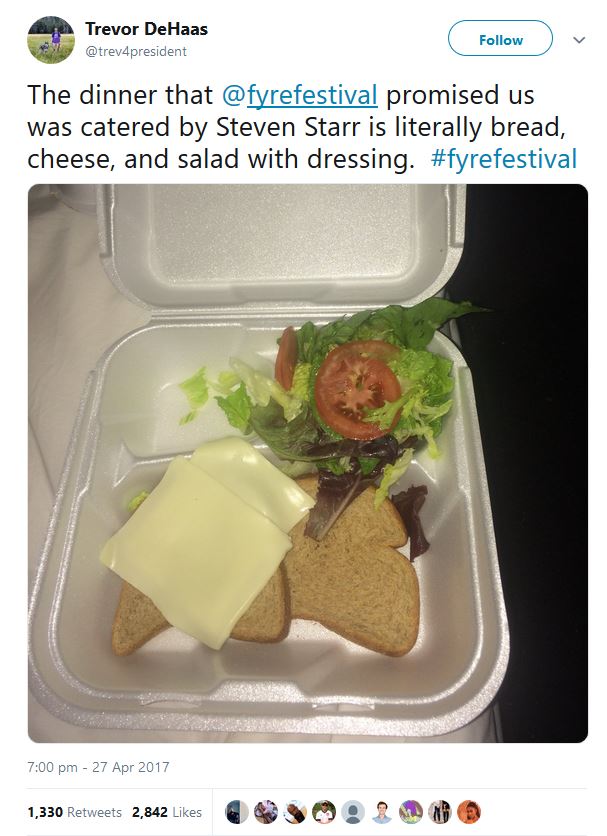 It was at this point people started to realise things weren’t going to live up to their expectations and what they were sold.

Through the images shared on social media, people were able to see how bad the conditions were. The luxury villas were relief tents.

Businesses can no longer hide from failure. Social media gives consumers a voice for them to be heard around the world and they’re not shy about using it.

One lesson that can be learned from the Fyre Festival episode is to admit and own your mistakes.

The organisers knew the festival wasn’t going to go to plan but refused to pull the plug.

There was a lack of housing, transport, no stage for performers and even a shark problem!

And when everything went Pete Tong (wrong) they said it was due to circumstances out of their control.

If you make a mistake, you need to apologise and establish a plan to rectify the situation as best as possible.

Ultimately, the failure of the festival came down to a lack of planning and thinking about the logistics of holding a music festival on a small island.

A festival producer who has written about her first-hand experience suggested they postpone the event for another 12 months to allow them enough time to organise it properly.

The response from the marketing team was, “Let’s just do it and be legends, man.” The timeframes were clearly too ambitious for an event of this size and they failed to deliver on what they promised.

They tried to deliver the festival in three months when industry experts might spend 12 months or more creating and organising a similar event.

As a result of poor project management and planning, a lot of people ended up not being paid. A lawsuit to recoup damages for ticket holders is ongoing and Billy McFarland, the CEO of Fyre Festival, is now spending six years in jail for fraud.

Had the basic principles of project management (timeline, tracking, risks, resources, milestones) been applied the disaster could have been averted.

Related: How to Manage a Project Effectively